Welcome to the world of MANHWA! We warmly welcome you to another world and dimension of fun. If you’re new here and have no idea what we’re talking about, we’ve got you covered.

Manhwa are also known as Korean Webtoons. They have amazing artworks and their quality is so high that for a moment, you can’t tell whether you’re reading a manhwa or watching an anime. Yes, that’s right!

In the world of manhwa, there are so many good stories that you can’t even imagine! The stories are so unique and have a cliffhanger at the very end to keep your curiosity going. Therefore, if you’re looking for some completed manhwa, we’ve got you covered! So, without further ado, let’s get started!

Annarasumanara also known as “The Sound of Magic”, is one of the completed manhwa with interesting storylines. If you’re into the concept of magic, this manhwa is your pick! The story of this manhwa revolves around an abandoned amusement park and a magician with the trick of disappearing for good.

Our MC is Yoon Ai who is having a hard time feeding her own little sister and making a living by herself. So, the story revolves around Yoon Ai and her daily-life struggles along with the life-changing experience she got as she meets a magician! In fact, this manhwa will also get a Netflix adaptation anytime soon, so reading this manhwa beforehand might be a good choice. 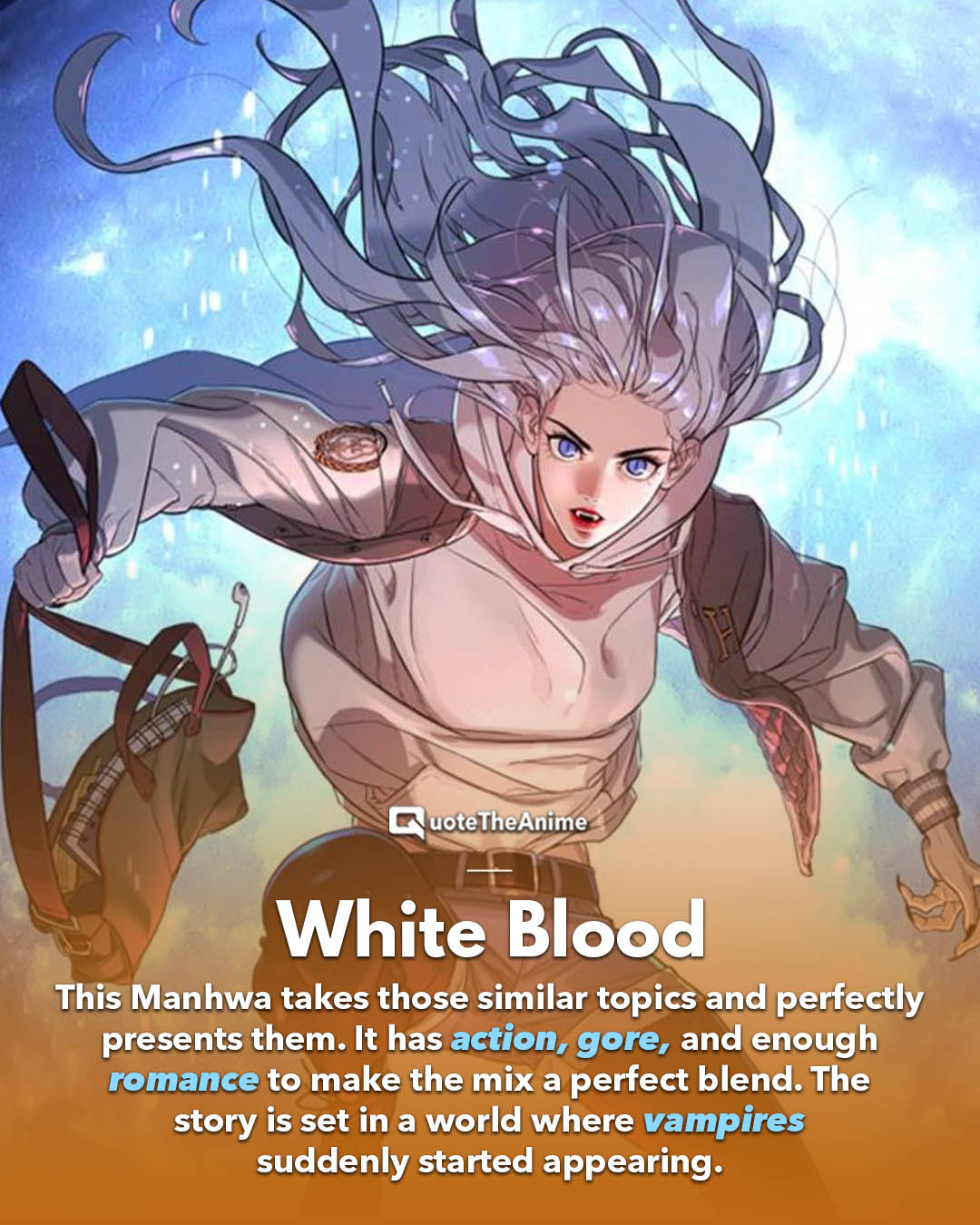 OMG! Vampires and Werewolves! Now, we’re talking! White Blood is one of the completed manhwa that tells us the story of vampires! The story of this manhwa revolves around vampires taking place in the normal world. Ten years ago, a lot of vampires came to Earth, out of which, our MC named Park Hayan tried her best to live like a normal human being.

She might not be able to live like a normal human being for long since a detective may witness something suspicious about her. So, if you liked the summarized plot of White Blood, you should definitely read it! It’s a completed manhwa and I’m sure you’re going to love it! 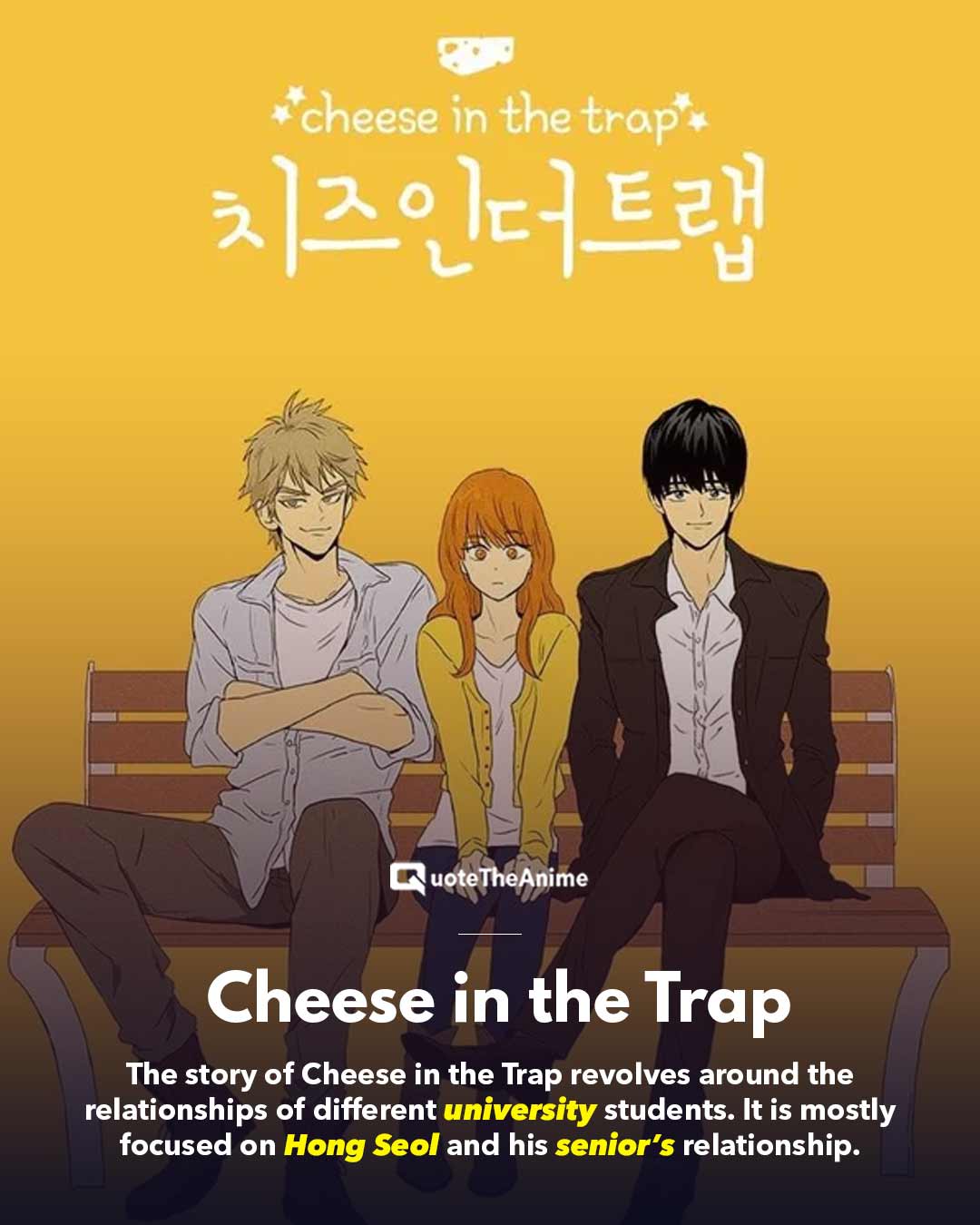 This manhwa is for those of you who often suffer from one-sided love. This manhwa can also be for those of you who like melodramatic concepts. With its melo theme and even OSTs, it won the hearts of many people. If you aren’t aware of the fact that Cheese in the Trap is an actual K-drama as well, I don’t know what to say to you!

Let me tell you about its story now. The story of Cheese in the Trap revolves around the relationships of different university students. It is mostly focused on Hong Seol and his senior’s relationship. The manhwa portrays their hardships and everyday life at the university with a love triangle existing within the story. 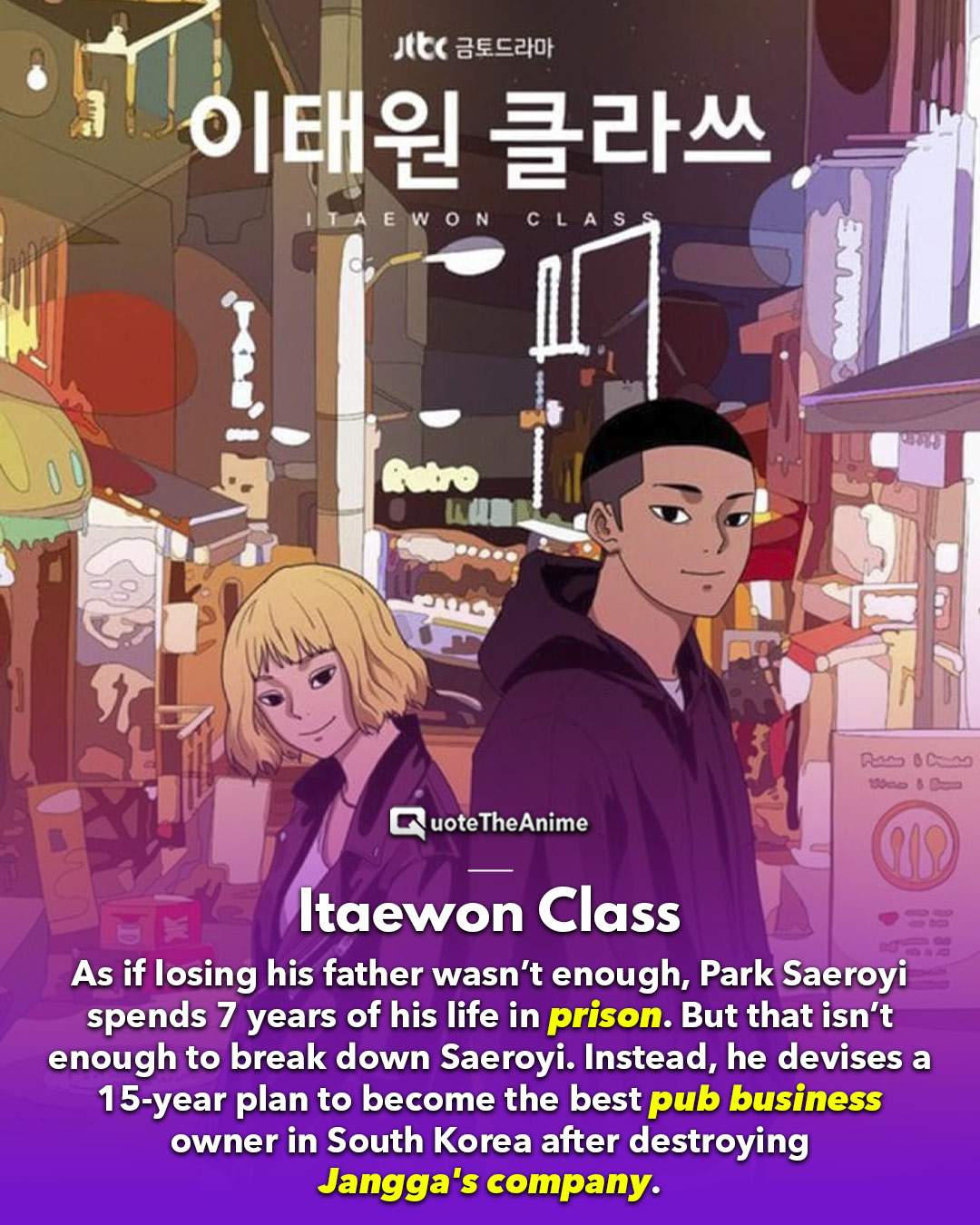 Although there’s diversity when it comes to manhwa yet ancient stories and the concept of gaming can never go wrong, right? The story of The Legendary Moonlight Sculptor revolves around Lee Hyun who loves money, he’s also known as a slave to money. He used to be a highly respected God of a game until he had to sell his own character to clear his family’s debt! That sounds awful, right?

Imagine having everything and then losing everything at the same time. If you were at the place of Lee Hyun, what would you have done? Do let us know in the comments below! 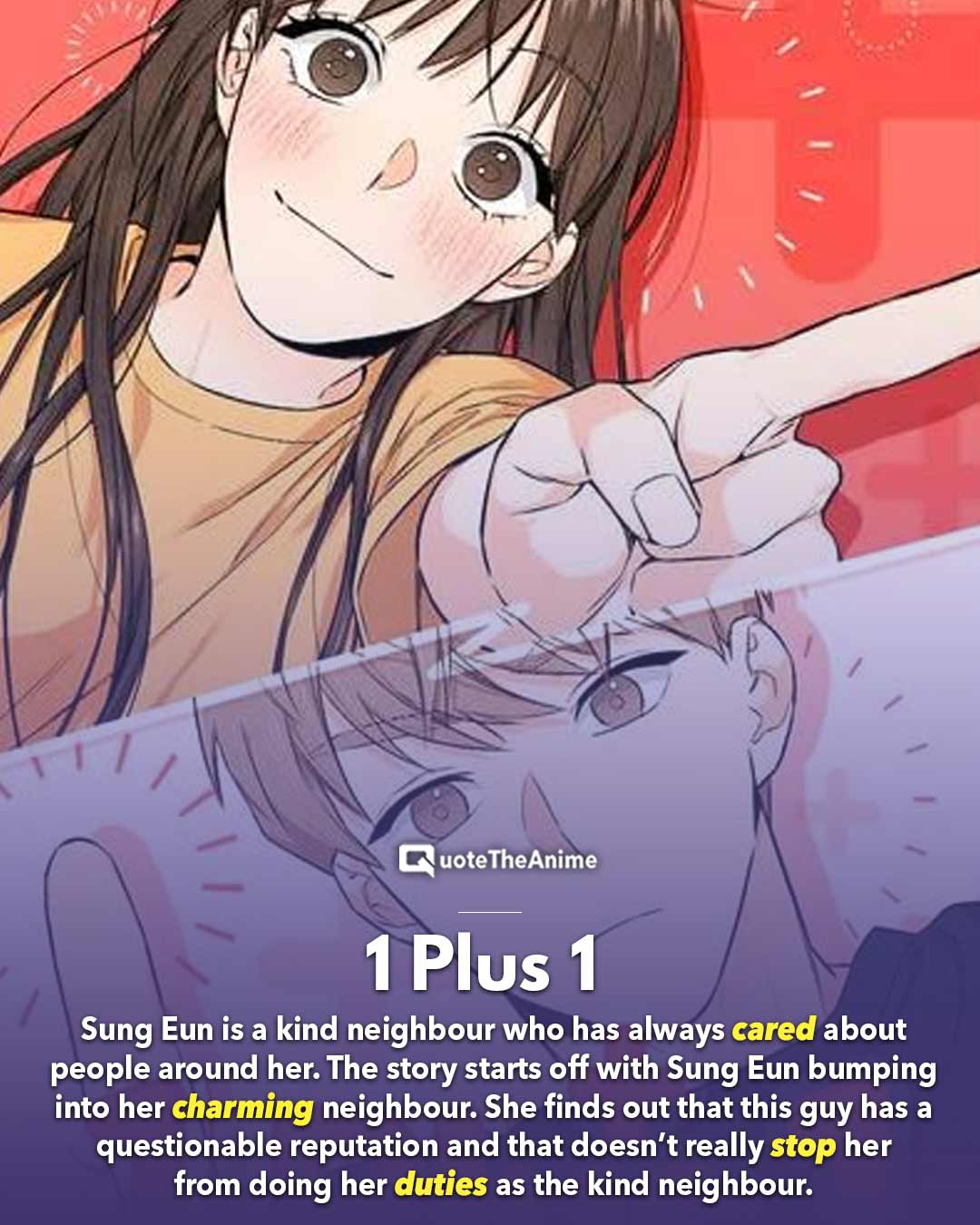 1 Plus 1 is a romantic story about Sung Eun bumping into her handsome neighbor all the time. She finds out some eccentric rumors about the man next door but that didn’t stop her from doing her kind neighborly duties. They’re neighbors and them bumping into each other is quite normal! Isn’t that right? Well, their meet-up changes into something more and they eventually fall in love with one another. So, 1 plus 1 is a very light romance story. If you’re looking for some vanilla romance, this manhwa is your pick!

18. My ID is Gangnam Beauty 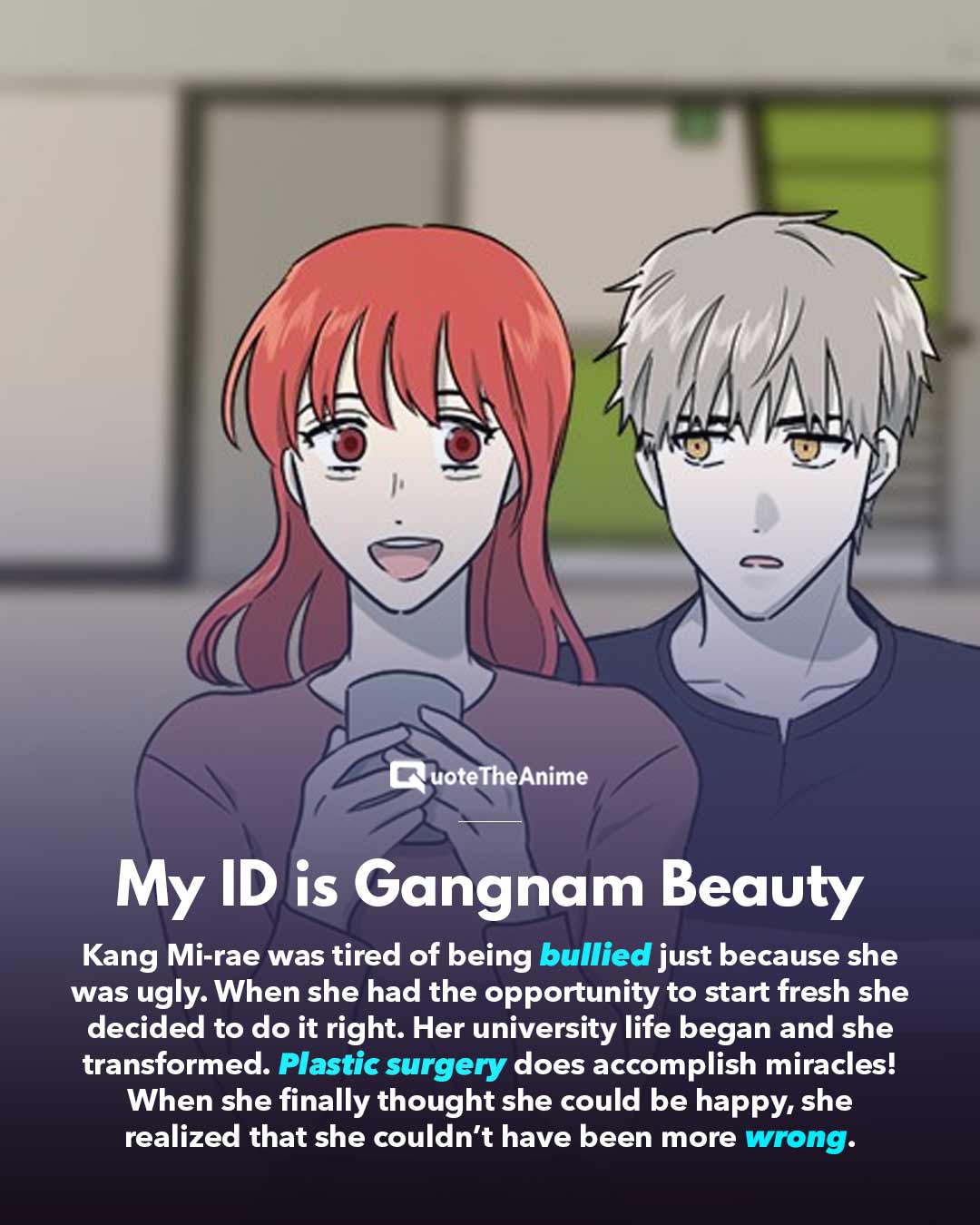 My ID is Gangnam Beauty is  a manhwa that tells us about the societal problems. For instance, our MC aka Kang Mirae went through a lot of bullying during her high school since she wasn’t “that pretty”.  She decided to get a plastic surgery but life kicked her even harder when some people from her past showed up and identified her. Yet she thought that her university life is going to go smoothly. It’s true that she had some real people by her side. Their support made her stand up for herself. It’s a heart warming story, everyone should read it. 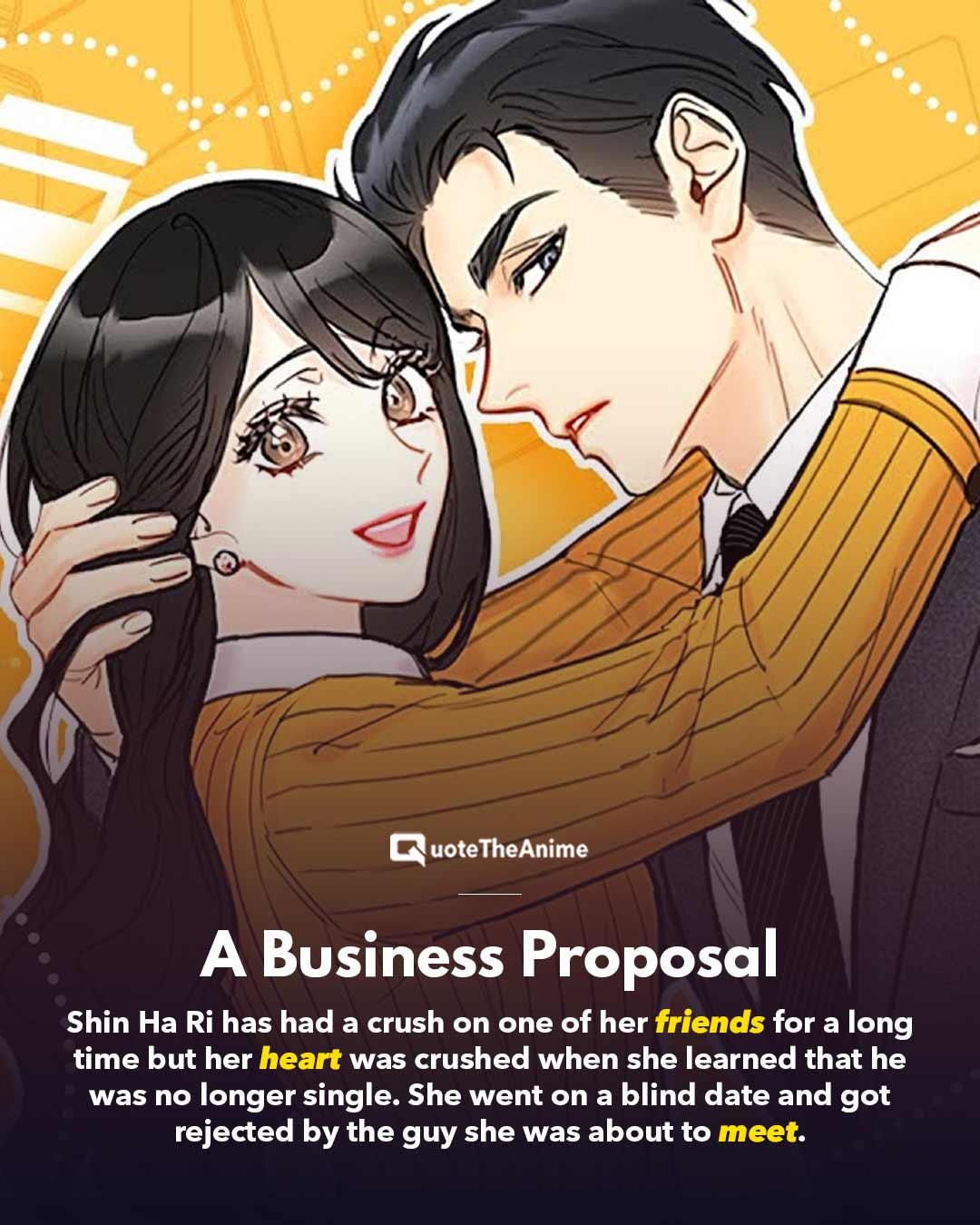 OMG! This is one of my most-favorite manhwa. The story is so cute and interesting, it will make you fall for someone who doesn’t even exist. The story of this manhwa revolves around a rich CEO who fell for trickery. YES! Our female MC tricked the rich CEO who turned out to be the CEO of her own company.

She was basically doing a favor for her best friend who was supposed to go on a blind date. If you have read the manhwa, you know what I’m talking about! To find out the CEO’s reaction to this, read Business Proposal! 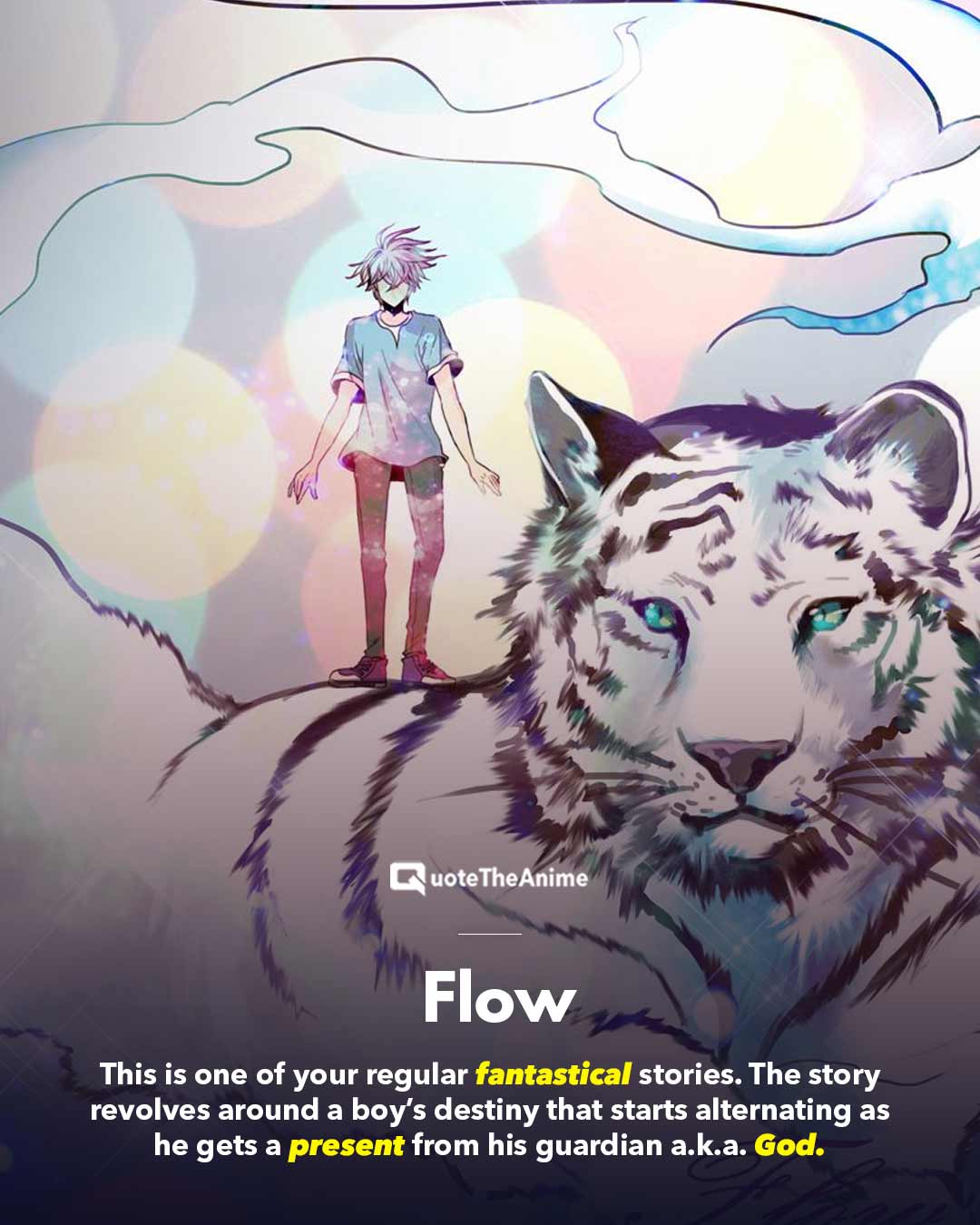 This is one of your regular fantastical stories. The story revolves around a boy’s destiny that starts alternating as he gets a present from his guardian a.k.a. God. In this fantastical world, everyone is born under a specific god. So, that’s it for the plot. I won’t spoil anything further for you! To find out what else is in this world, read Flow. 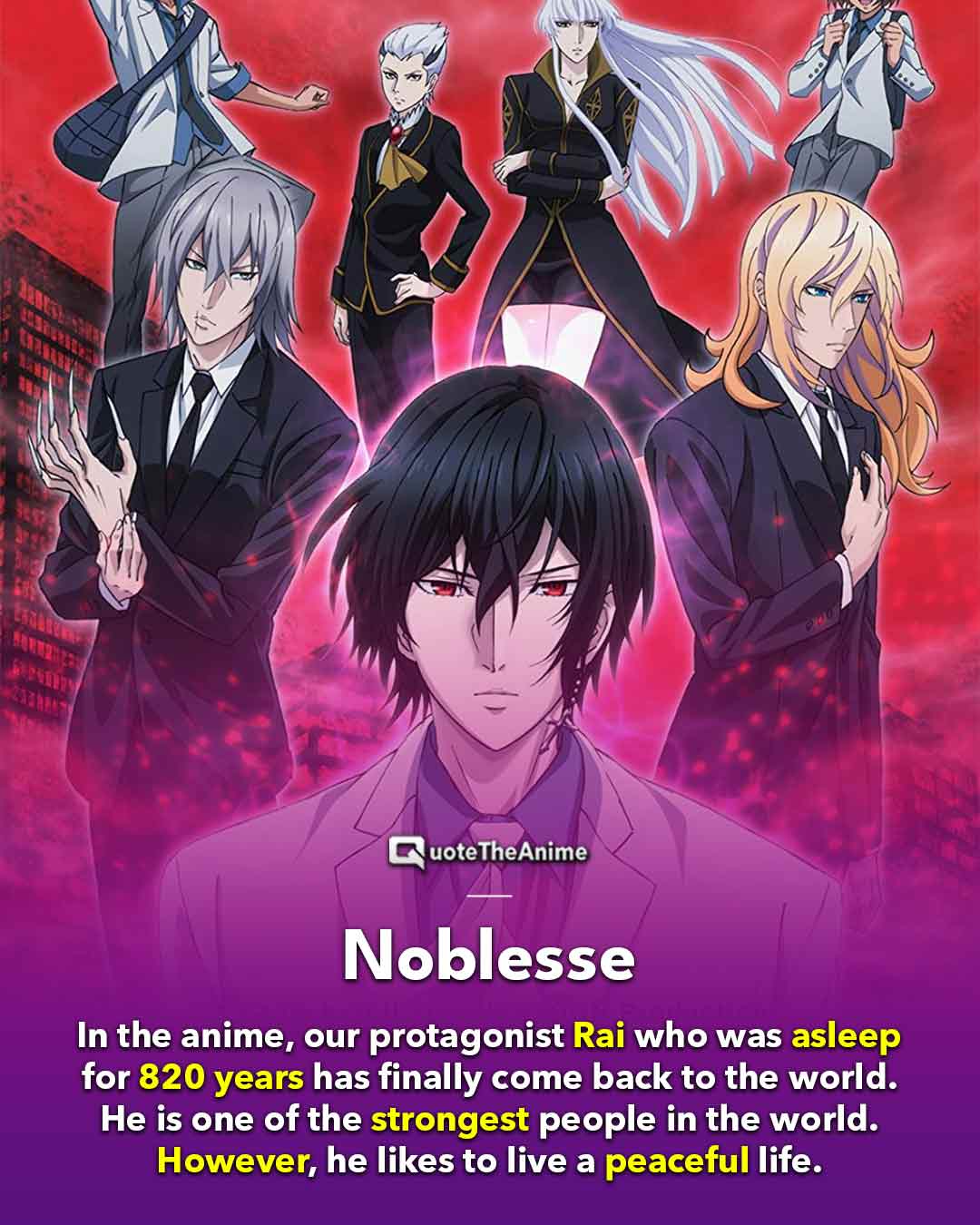 There’s surely a lot of diversity when it comes to the world of manhwa. You know some of the manhwa got adapted into k-dramas. On the other hand, some of them got adapted into anime. So, there are a lot of options in this world! Well, Noblesse is one of those manhwas who got an anime adaptation.

The story of this manhwa is about a noble named Cadis Etrama Di Raizel who has been sleeping for 820 years. He has no knowledge of the modern human world. So, when he reincarnates into this world after sleeping for a long time, he’s just baffled. The story sounds pretty interesting, right? 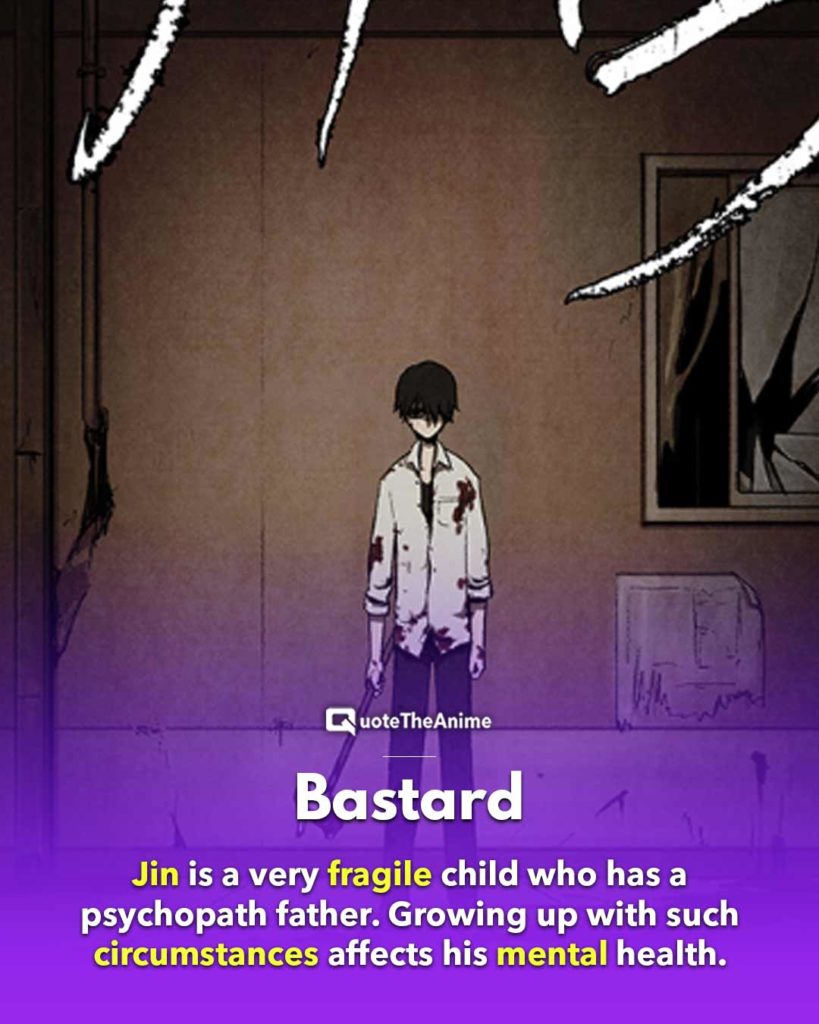 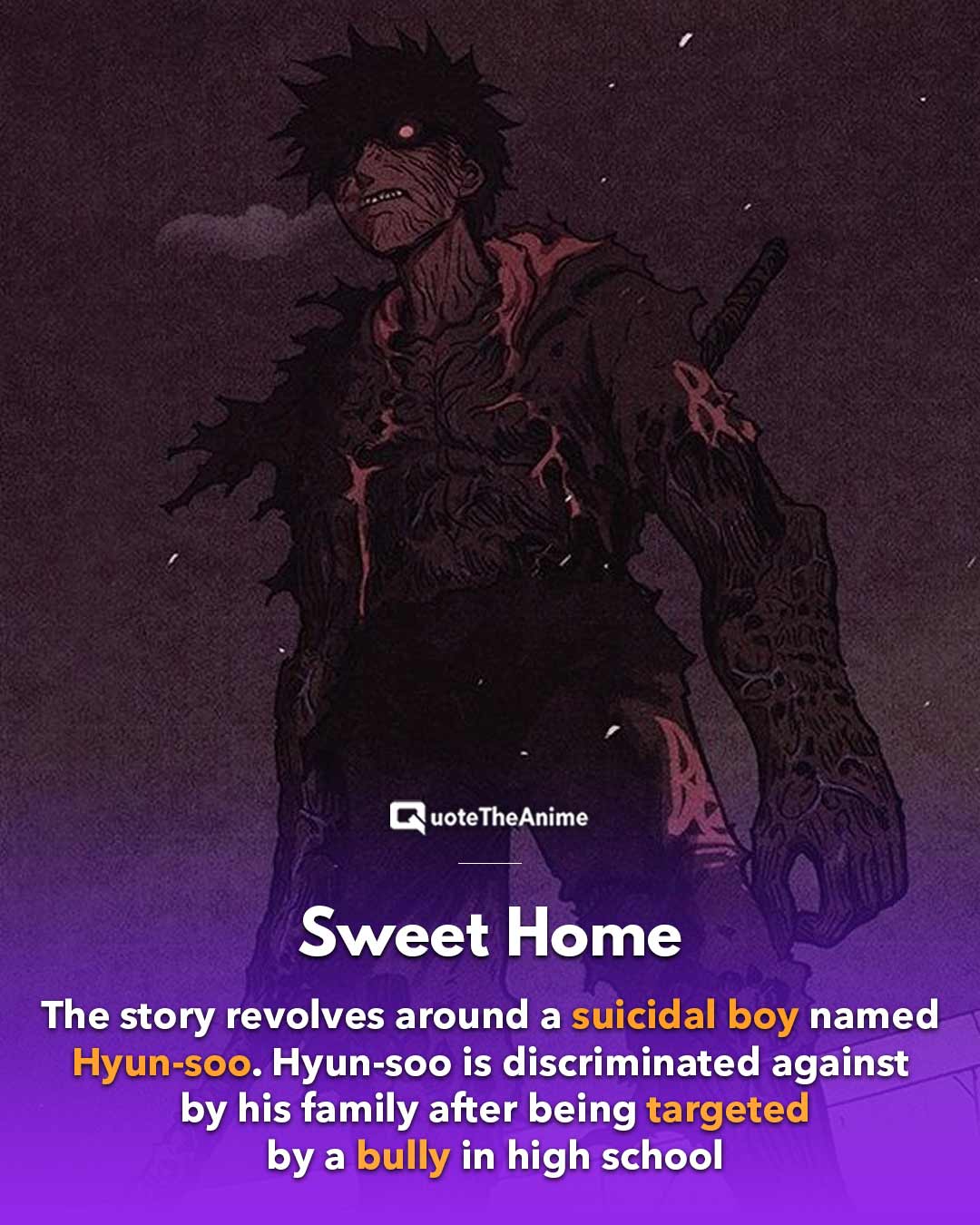 The horror concept of Korean webtoons will always be top-tier. Just like the previous manhwa, this is also quite creepy and horrific. The story of Sweet Home revolves around a high schooler along with his apartment residents. They all try to survive the apocalypse where people turn into monsters! This thrilling story will leave you baffled! 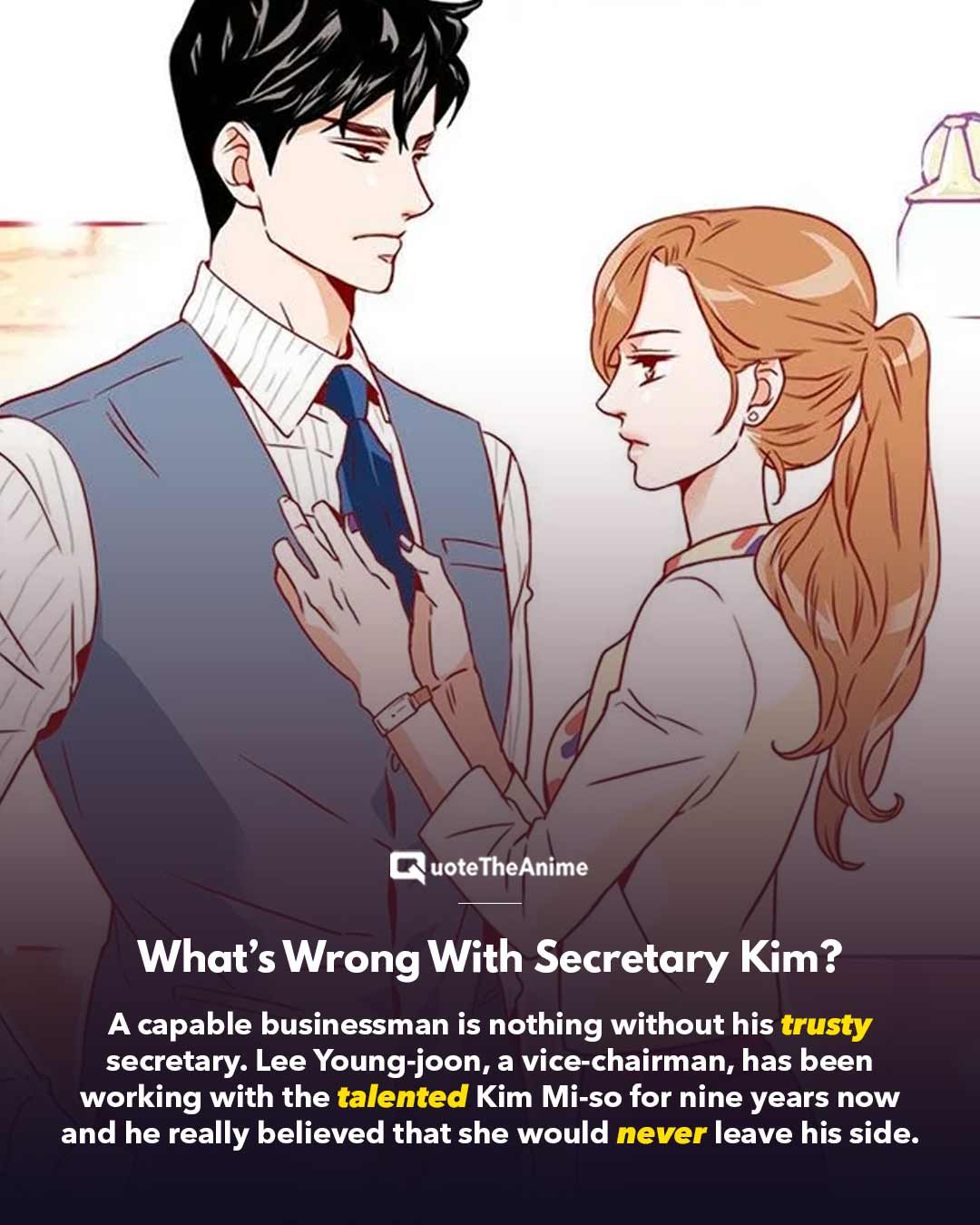 Lee Young Joon is one of the most successful CEOs of all time. One day, his world turns upside down when he learns that his very competent secretary is going to resign from his company after working for nine years. Now, all the CEOs prefer someone competent to be by their sides and do their work smoothly. Lee Young Joon did whatever he could to stop her from leaving. Their relationship is very cute, this story is also one of the best light romance stories of all time. So, read What’s Wrong With Secretary Kim?! 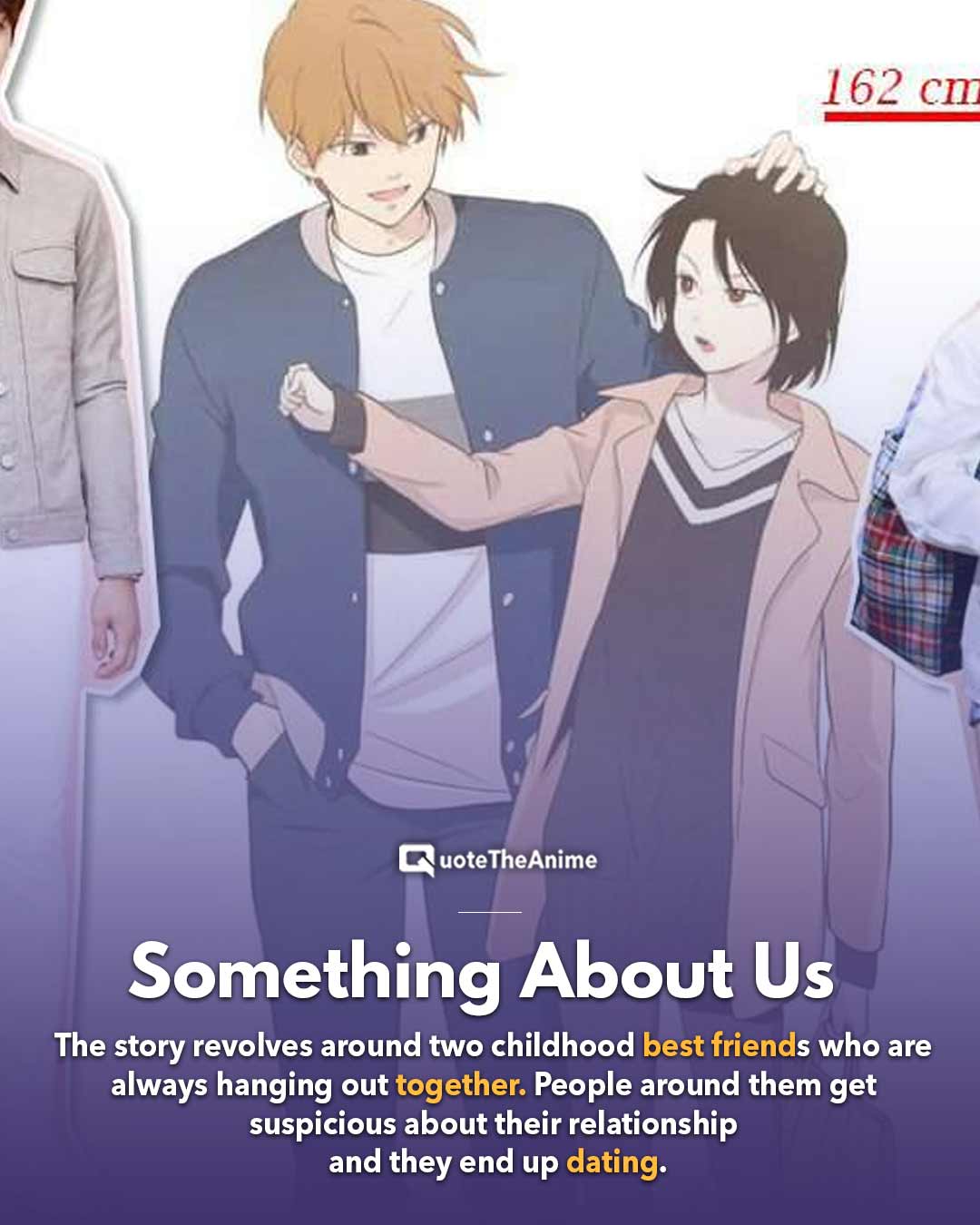 Something About Us is also one of the few manhwa that got adapted into a k-drama. This manhwa revolves around two best friends who often get mistaken as a couple. Now that people manifest that the both of them become a couple, what might happen? We all know that this relationship “something between a best friend and a boyfriend” is quite interesting. So, if you’re looking for something like that, read Something About Us. Do let us know in the comments below if you’ve already read this one! 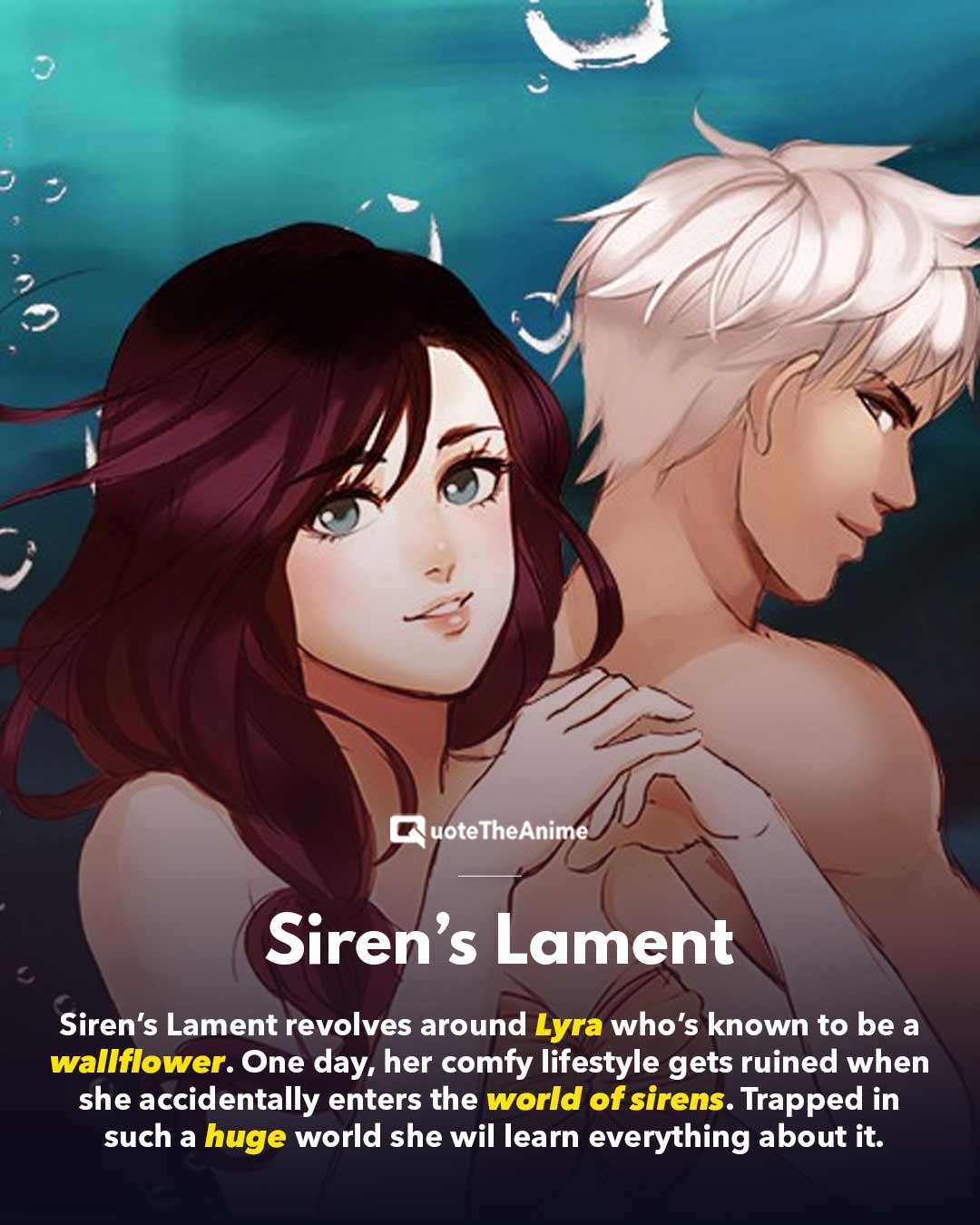 Omniscient Reader’s Viewpoint revolves around an ordinary businessman whose dream came true. He loved a certain novel that was brought to real life! As he tries to adapt to this world, he tries to find out how this all happened in the very first place? When the world is on the verge of ending, only  he can save it from destruction! To find out what happens next, read Omniscient Reader! 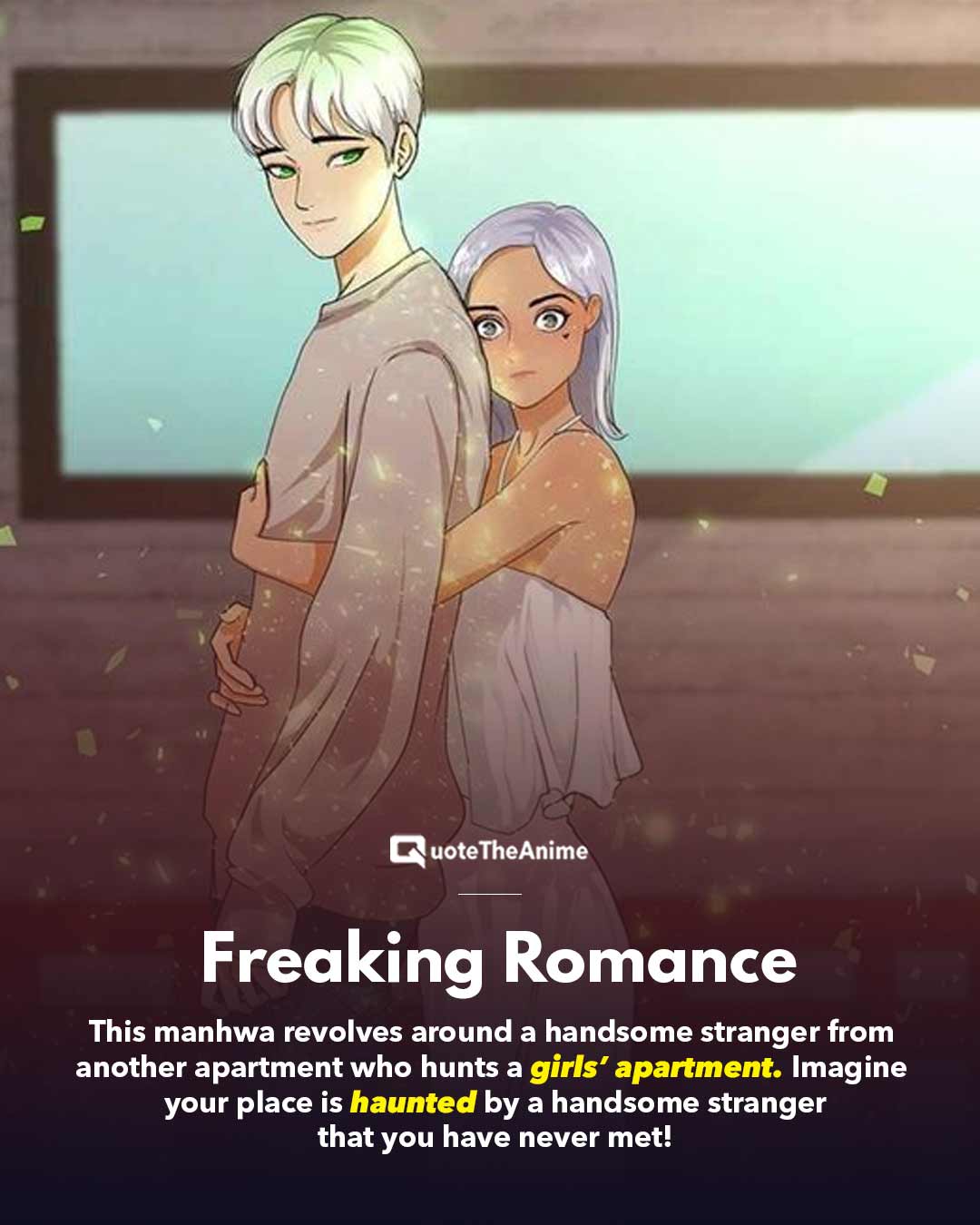 8. The Weight of Our Sky 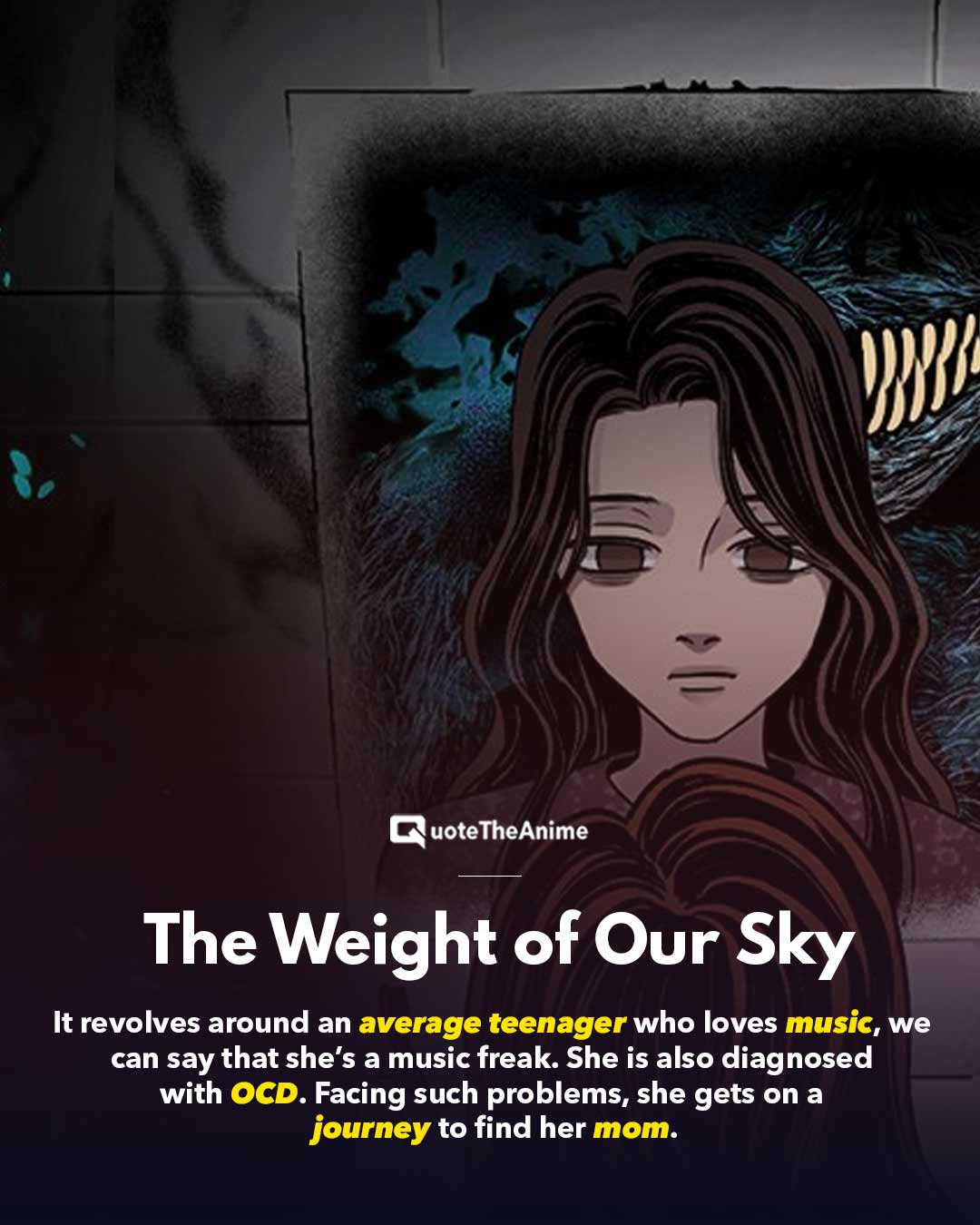 Another webtoon that has been completed revolves around an average teenager who loves music, we can say that she’s a music freak. She is also diagnosed with OCD. Facing such problems, she gets on a journey to find her mom. The story is set in 1969 in Kuala Lumpur, Malaysia. Why you should read it? It’s because it’s not a very lengthy manhwa, so you’re going to love it. 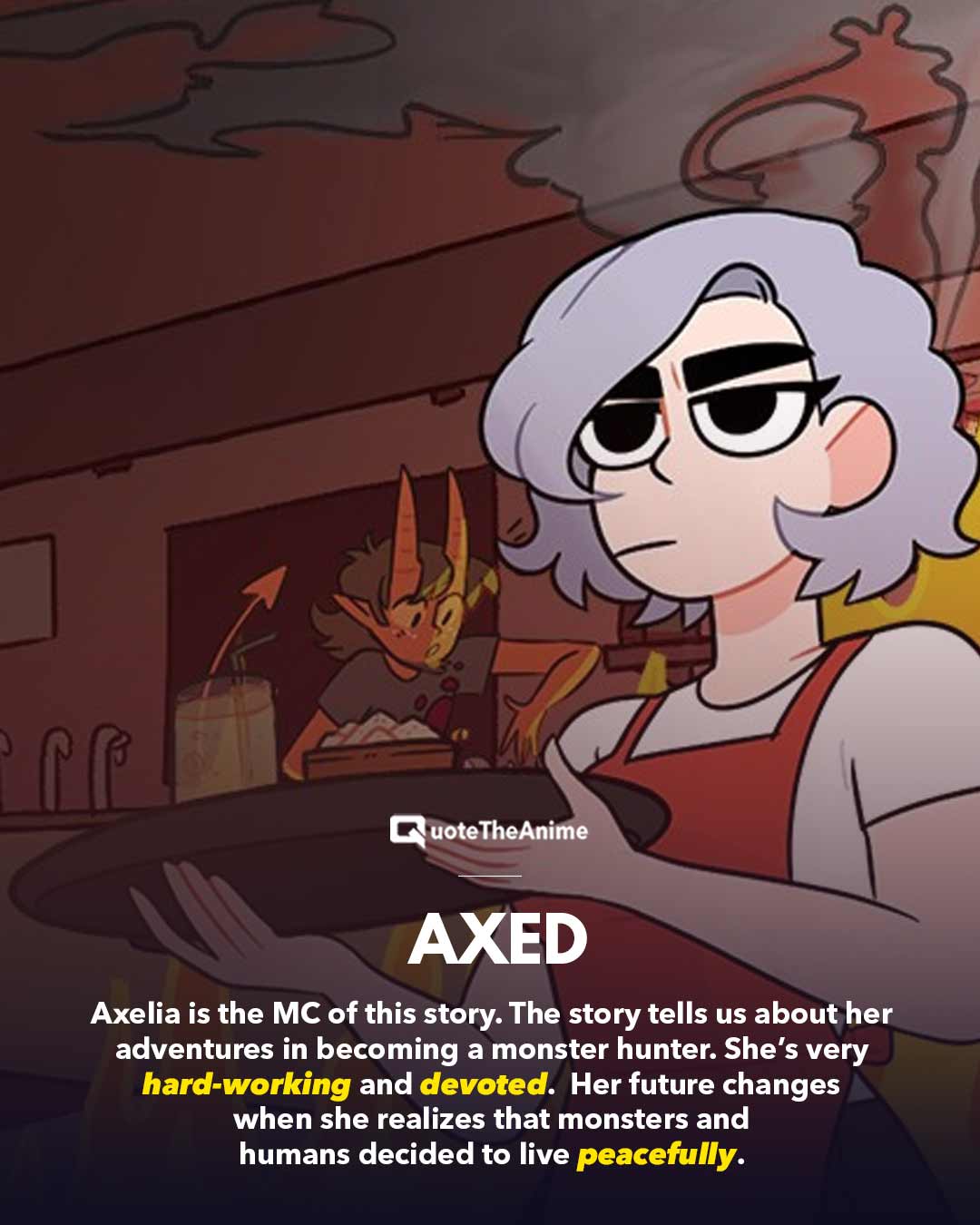 Axelia is the MC of this story. The story tells us about her adventures in becoming a monster hunter. She’s very hard-working and devoted. Therefore, she worked hard to become a hunter. And when she graduated, her whole professional life was ahead of her.

However, her luck was spoiled when the world declared that there was going to be peace between humans and monsters. Now, she’s left with a very useless degree. It’s such a comedy and refreshing story. You’re going to love it! 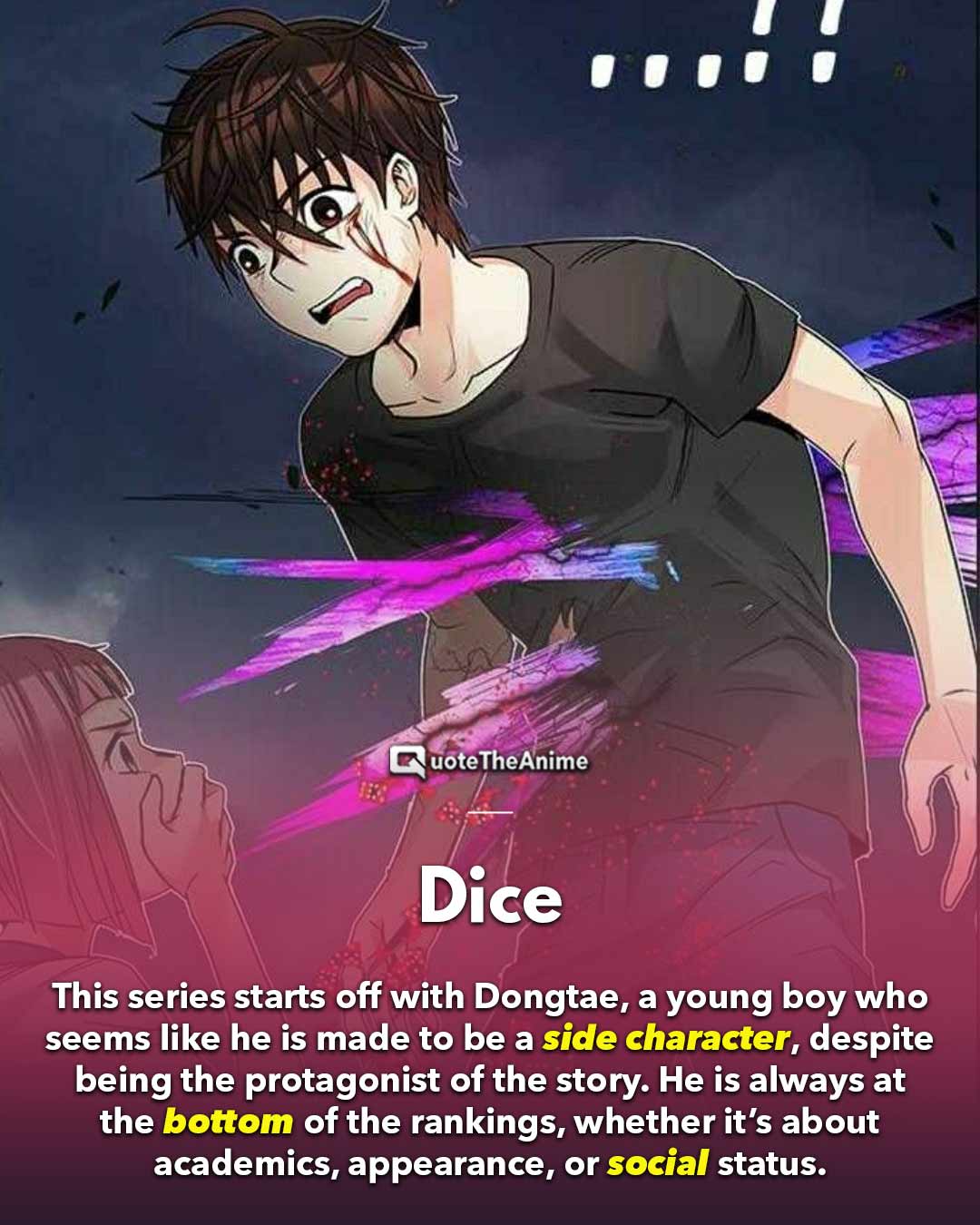 This manhwa revolves around DongTae who gets bullied constantly for being very weak. As the story proceeds, he meets a transfer student named Tae Bin who has very mysterious and strong dice cubes. Through Tae Bin, Dong Tae uses these cubes and the rolls of this dice can be exchanged for strength, beauty, and whatnot! While this might sound very majestic to most of you, the consequences can be quite fatal. So, before getting into anything like that, one must be careful! To find out how Dong Tae’s life turned upside down, read DICE. 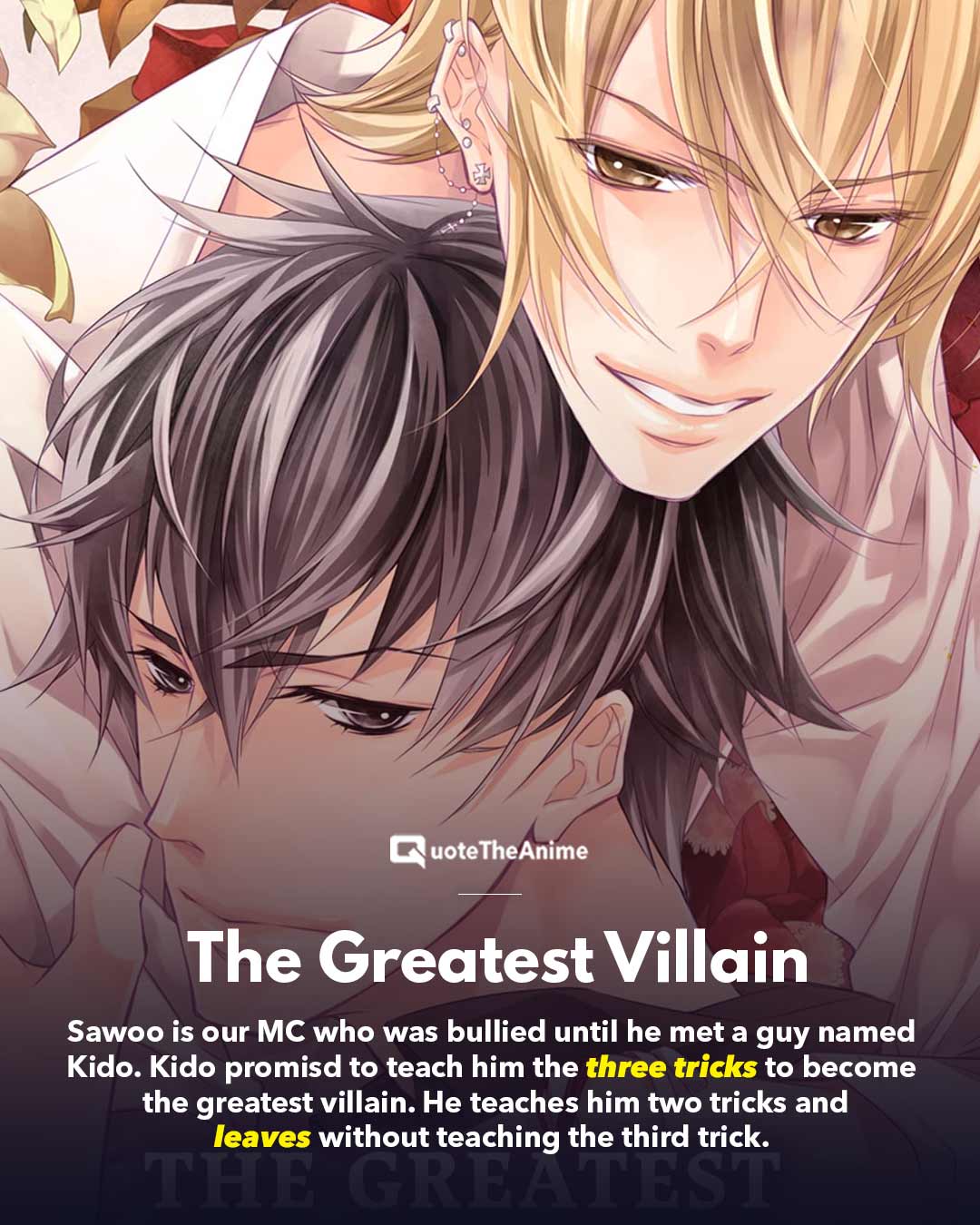 Imagine somebody promises you to teach something but ends up leaving you behind! What will you do? Just like that, our MC was badly bullied in his high school until he met a guy named Kido. Kido promised to teach Sawoo the three tricks to become the greatest villain. Kido taught Sawoo two tricks but left without teaching the third one. This is a story of longing that will break your heart. 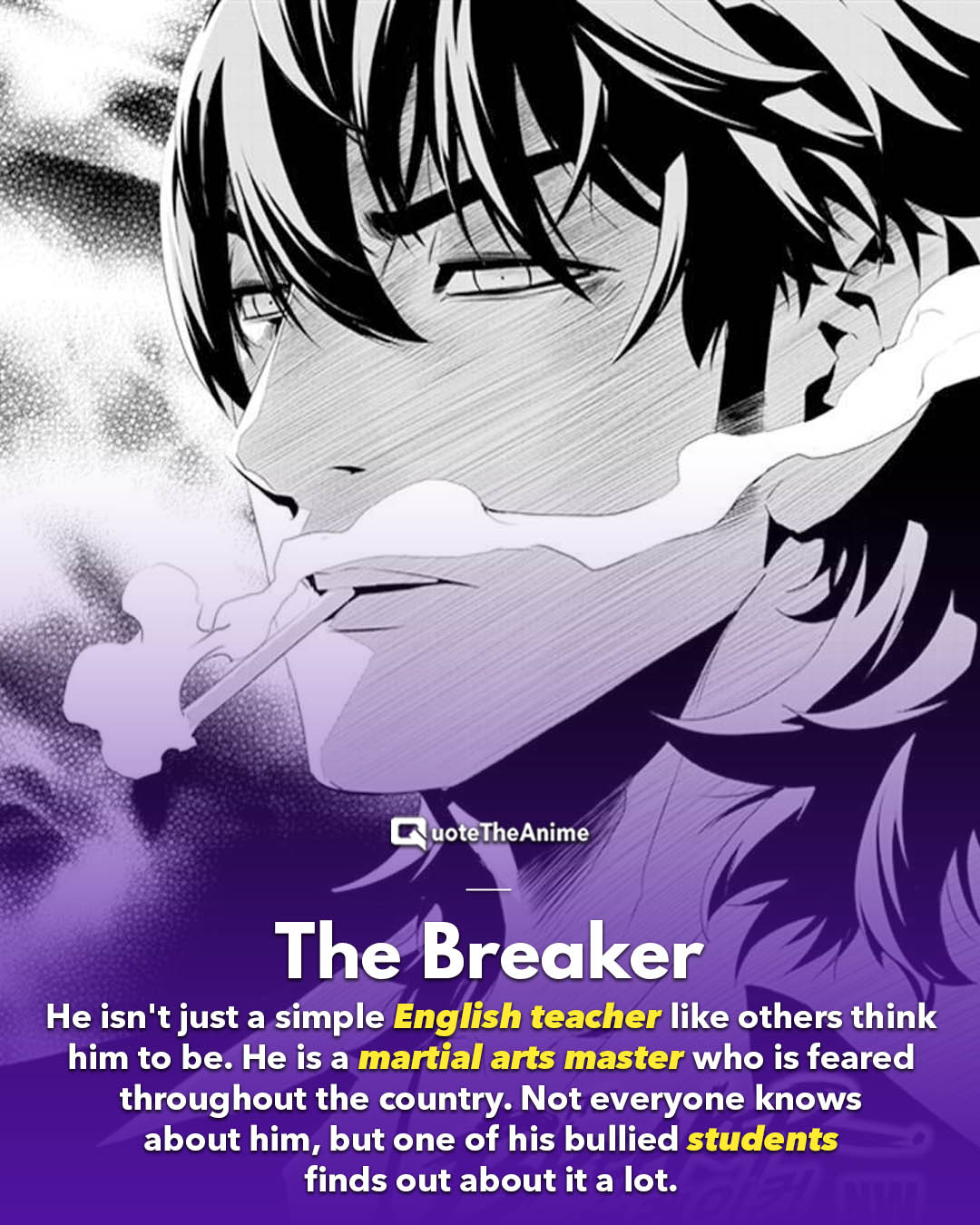 The Breaker is a manhwa about Shiwoon Yi, a high school student who became the apprentice of Chunwoo Han, a martial artist. This guy is enemies with a secret martial arts organization known as Murim. This is such a good pick for beginners if you’re also into martial arts. So, don’t forget to read The Breaker! 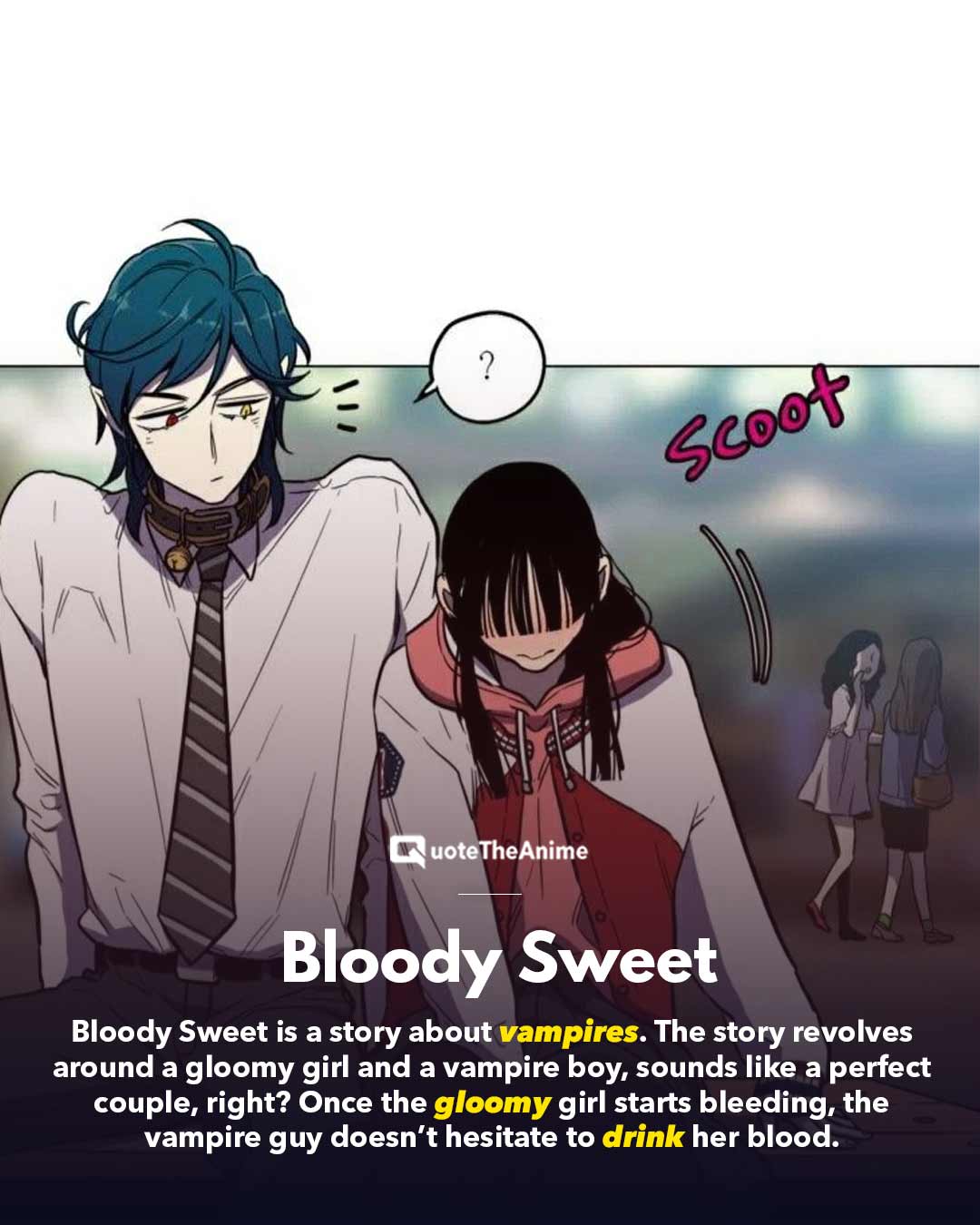 We all love stories about vampires, right? Bloody Sweat is a story about vampires. The story revolves around a gloomy girl and a vampire boy, sounds like a perfect couple, right? Once the gloomy girl starts bleeding, the vampire guy doesn’t hesitate to drink her blood. AAAA *screams*! 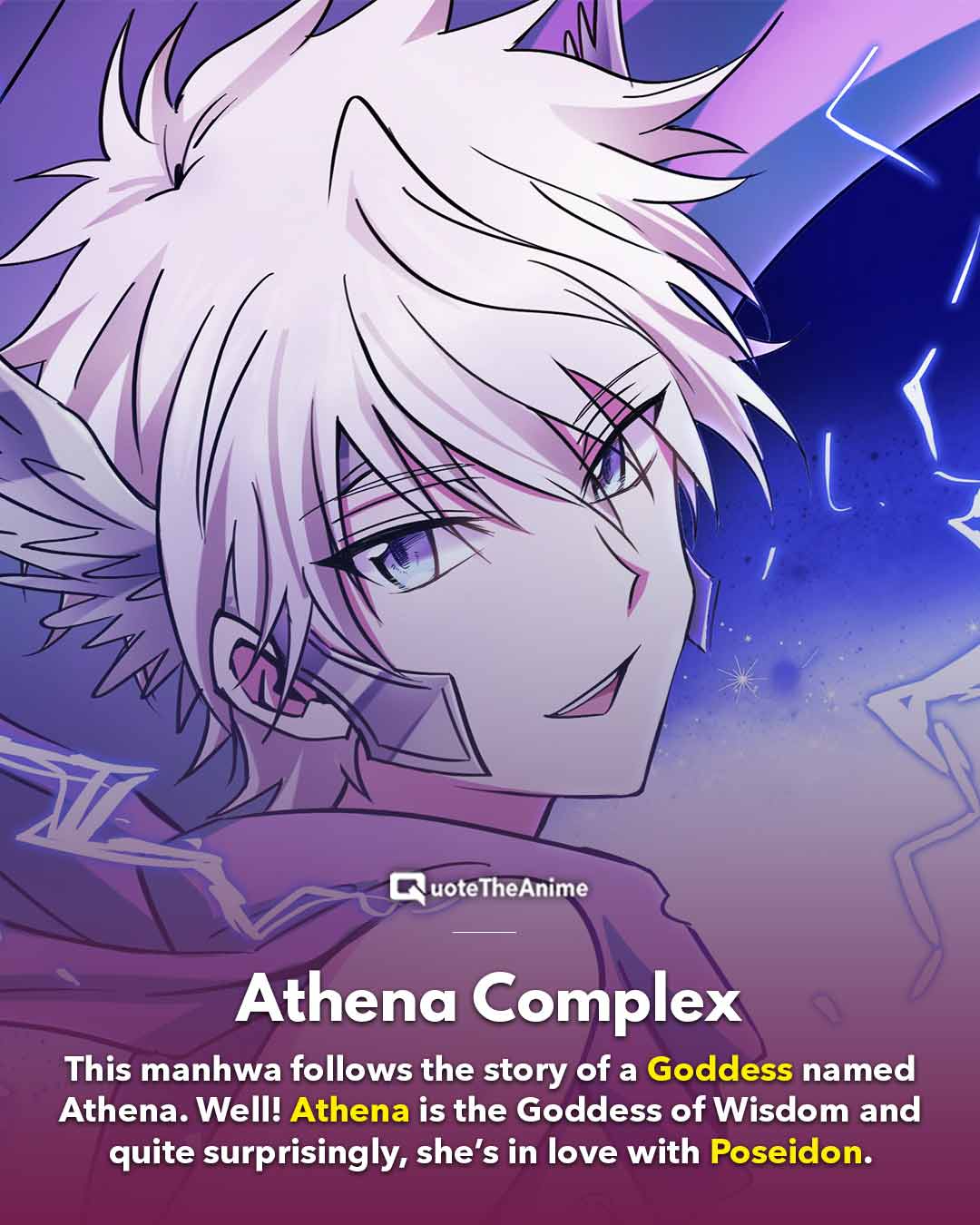 After a heartbreak incident of getting rejected, Athena aka Goddess of Wisdom becomes a high school boy to get her revenge! There she plans to become friends with Poseidon’s reincarnation. That’s a cool way to get revenge, isn’t that right? Well, Poseidon is the one who rejected her. So, let’s see the journey of Athena’s revenge! The artstyle of this manhwa as well as the storyline is quite nice. You should read Athena Complex! 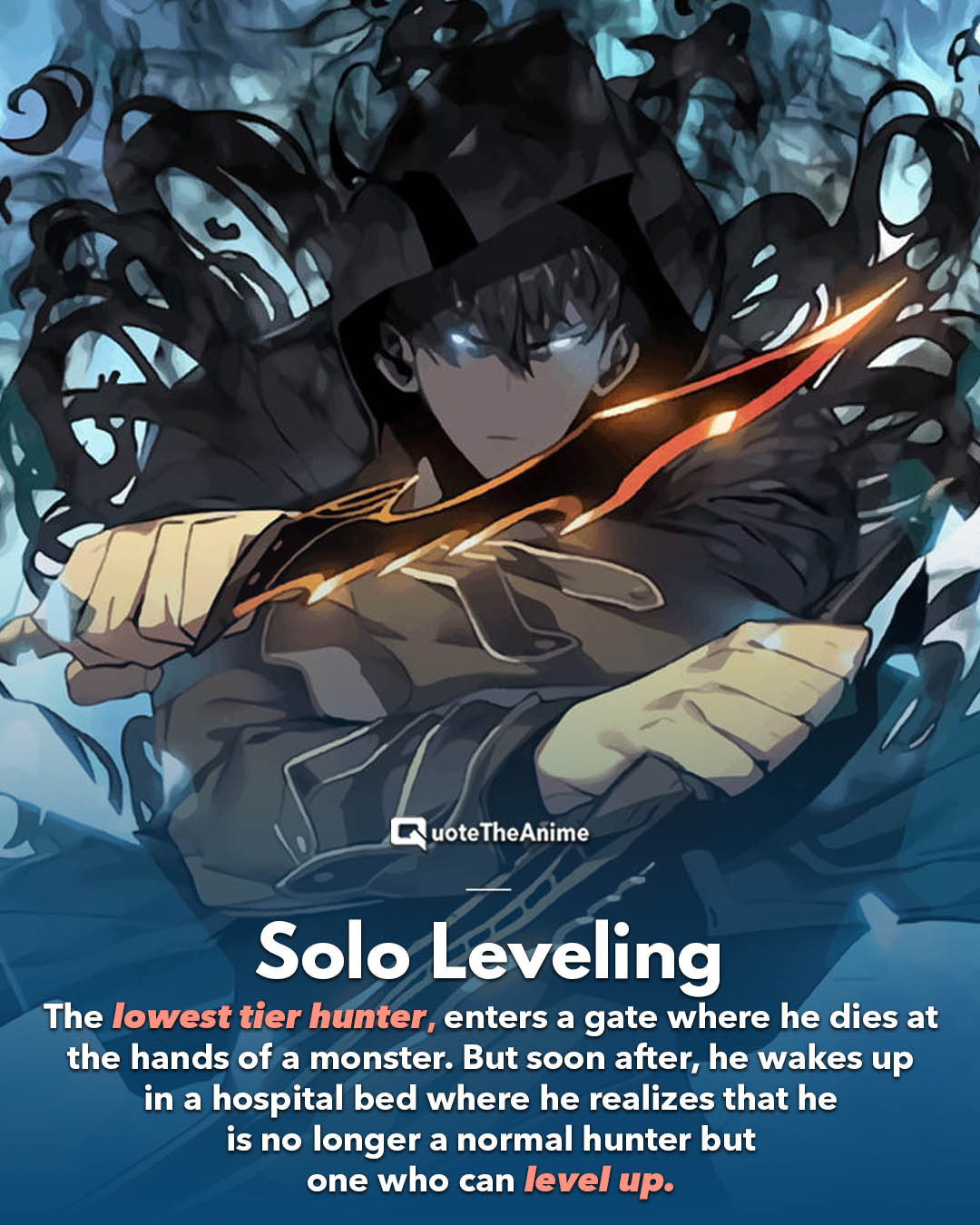 Solo Leveling is one of the HOTTEST manhwa of all time. It revolves around the life of Sung Jin Woo. In the world of hunters, humans with special abilities must survive and make their way in this world. Sung Jin Woo has to survive in such a world with his amazing survival abilities and he has to level up as well! If you wanna find out about his thrilling abilities, you should read Solo Leveling! He has to level up and save everyone side-by-side. 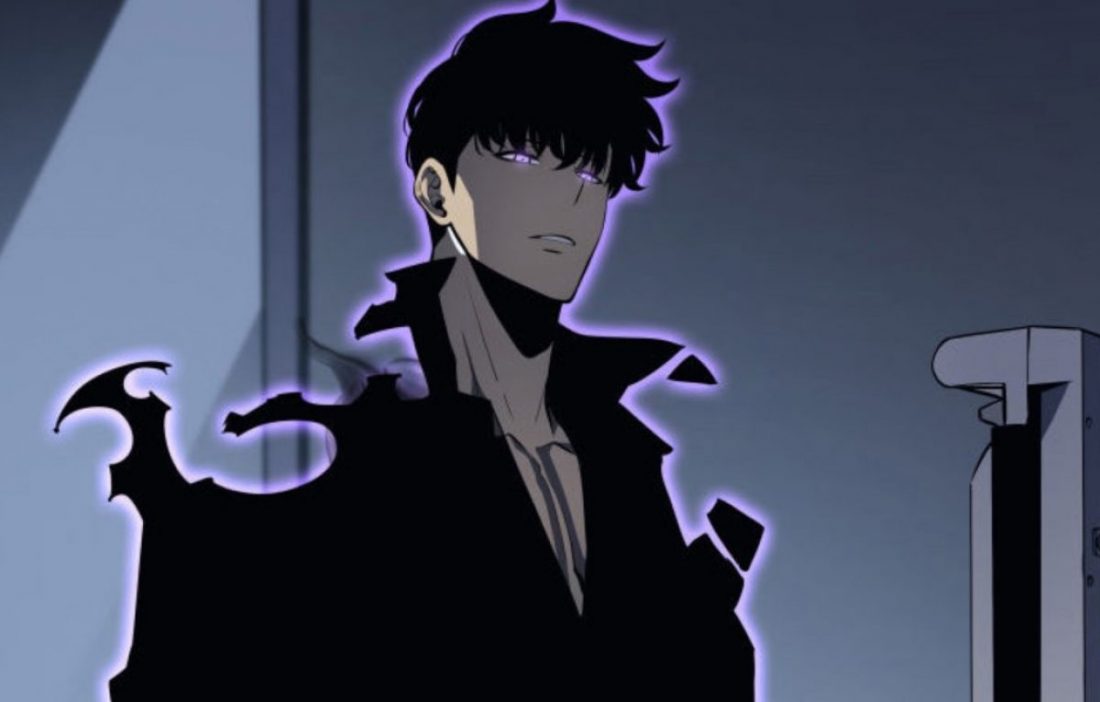 That brings us to the conclusion of the Best Completed Manhwa. I hope you guys enjoyed reading this blog. Manhwa can never go wrong so there are so many more things to discover in the world of manhwa. If you want to explore more, we’ll keep on helping you! See you guys on the next blog! Bye Bye!